We hear a lot about fake news today,

We often hear people say that they have given up on watching network news because none of it is good news these days, well I’m not sure that much of it has ever been good.

The real good news is not on TV or Radio, but bad news and fake news is not just limited to the secular world. The religious world is full of it as well,, and we are going to reveal to you just a small portion of the fake news here on this website, so read on! 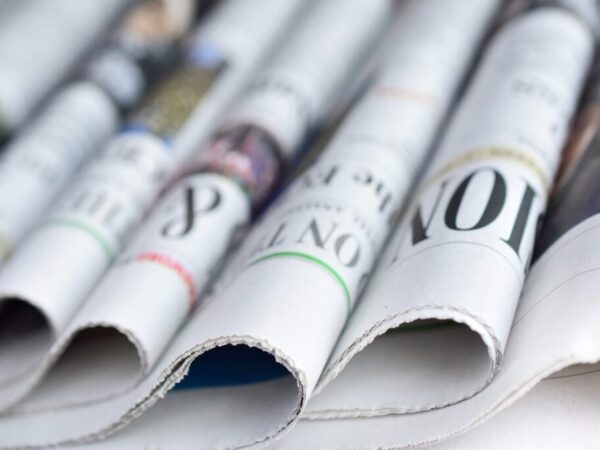 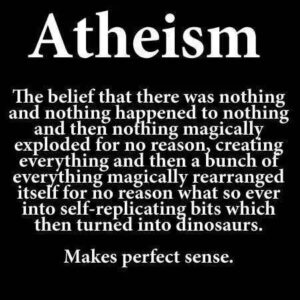 Atheism is a Religion

Perhaps you didn’t realize that. The diehard atheists meet together just like a church does and discuss their doctrines, which is about nothing really.

Their biggest deception is that their view of life is that we are nothing more than an animal that is destroying the planet and if you don’t believe that, you should ask an environmentalist if they believe in God.

Romans 1:21
21 Because that, when they knew God, they glorified him not as God, neither were thankful; but became vain in their imaginations, and their foolish heart was darkened.

Romans 1:28
28 And even as they did not like to retain God in their knowledge, God gave them over to a reprobate mind, to do those things which are not convenient;

Interesting isn’t it. The people that worship the creation also have become seriously immoral and have discarded God’s morality and have become just like the animals they seem to say we are. If you think we are wrong, just try to talk to them about God.

Atheists believe (yes they believe in something) that when you are born you are a product of evolution. No soul, just a more evolved species of the animal kingdom, and that you have no more rights to this planet than the elephant or the ant. This is why organizations like PETA exist along with the tree huggers and the whale savers. Of course they would be offended by what we are saying. The environmentalists are as bad because they are trying to save a planet that God has already said is going to end one day. It has a use by date that God has already planned, so all their efforts to save the planet are a total waste of time.

In the end, all those listed above, which is a small list think that when you die everything about you ceases to exist. What a waste of a life that is. No wonder people are ending their lives prematurely, when there is no future to look forward to, then this life has very little to commend it.

Fortunately all of that is fake news, and there is more to come if you want to know about it. 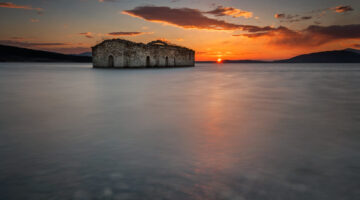 The Sunken Church by Jasmina_k

What most Churches Tell You

You might tell yourself that you don’t believe most of what you just read in the column to the left, and you would agree that a lot of it would be fake news and that you do believe in God, Jesus, and the Holy Spirit. It is difficult to believe in one of the three as nd not the other two..

However they also tell you things that you will believe, that are really fake news. We have encountered people that blindly believe what their minister or pastor says without any questions. we can tell you that if you start asking questions, serious questions about your eternal destiny you are going to get some strange answers that probably can’t be found in the Bible, or if they are, they will be taken out of context and will not apply to the question you are asking.

What is not in the Bible?

Give your heart to the Lord. Sounds nice, but is false information, and is not to be found in the Bible,  nor is it a biblical principle.

Accept Christ as your personal Savior. That will make you feel good perhaps, but will leave you empty. Not in the Bible, and is false information again.

Repeat or say the sinners prayer. Again, it might give a nice feeling for a while, but has no foundation in the Bible. No one has ever said “say the sinner’s prayer” in the scriptures.

John 3:16 will not save you. Jesus said this near the end of a much more comprehensive conversation with a Pharisee, which most churches will not reveal to you. Taken out of the context of that conversation it is meaningless in the true terms of how to get saved.

“Just Believe” is probably the worst effort by the fake news makers because it is so easily contradicted
James 2:19
19 Thou believest that there is one God; thou doest well: the devils also believe, and tremble.
The word in Greek for believe in this verse is the same as the true believers in God and Jesus. The devils cannot be saved just because they “believe”. It is impossible, and it is the same for mankind. He cannot be saved, just because he says he “believes”. You absolutely have to do things God’s way, and thee is a process described in Acts 2:38 that you can look up for yourself. If you don’t believe that, then you are no longer a believer.

“You don’t need to speak in tongues to be saved”

This is often said to us and goes hand in hand with what we have written above along with a few other rather strong statements by people that have been indoctrinated with non biblical doctrines. Many are offended when we tell them that the only evidence of receiving the Holy Spirit according to God’s word is “Speaking in Tongues”. It often becomes a very emotional and adversarial conversation and people will misquote scripture over and over to try to substantiate their claim to salvation. At that point we often gently decline to carry the conversation further because we realize they have been convicted by God’s word and what we have said. We can back up what we say with scripture, and they think they can, but often do not understnd what they are saying.

You are saved by grace and not works

This is true, but not as most people understand it, and it is not applicable to the great majority of “Christians” today. The statement is from the Bible, but applies only to people that have received the Holy Spirit according to the way the Bible describes if, and a lot of people do not fit the description. 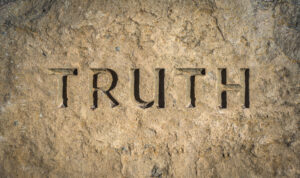 are produced by only believing the truth and not letting the fake news get in the way.

What has happened over the years is man’s ideas are being promoted instead of truth, and we need to understand that men’s ideas start false religions, or distort and corrupt the truth so that we end up with hundreds if not thousands of different versions of “Christianity” which confuses people to the point of them saying exactly that. there are so many churches, which one is right. Along with that we get now in our midst the abundance of eastern religions.

What we are getting now is not the “Good News” of the gospel, but so many things that make promises of peace, happiness, and long (eternal even) life that they cannot ever fulfill.

In the court system we are asked to tell “The Truth, The whole Truth, and nothing but the Truth”. This should be applied to the preachers of the gospel. What they think and what is the reality are two completely different things.

the truth is this,

Acts 2:4
4 And they were all filled with the Holy Ghost, and began to speak with other tongues, as the Spirit gave them utterance.

Acts 2:33
33 Therefore being by the right hand of God exalted, and having received of the Father the promise of the Holy Ghost, he hath shed forth this, which ye now see and hear.

Acts 2:37
37 Now when they heard this, they were pricked in their heart, and said unto Peter and to the rest of the apostles, Men and brethren, what shall we do?

And this was the answer to that question

Acts 2:38
38 Then Peter said unto them, Repent, and be baptized every one of you in the name of Jesus Christ for the remission of sins, and ye shall receive the gift of the Holy Ghost.

That answer has never changed either.

Acts 2:39
39 For the promise is unto you, and to your children, and to all that are afar off, even as many as the Lord our God shall call.

Nor has this promise,

Acts 2:40
40 And with many other words did he testify and exhort, saying, Save yourselves from this untoward generation.